An experimental display family that automatically cycles through different versions of each glyph to enhance the illusion that the text was drawn by hand.

When making a font that is supposed to look like it was drawn or written by hand the biggest giveaway that it wasn’t is when letters are repeated, especially consecutively. We instantly recognize the text as a mechanical fraud as it lacks the beauty of human imperfection; it’s highly unlikely we would write the same letter exactly the same way twice.

To get around this we can draw stylistic alternates that can be manually swapped in using the glyphs palette (as with OC PIA), but what if the font software did that automatically? That’s where contextual cycling comes in. It uses code to cycle through multiple alternatives of each glyph and makes substitutions to avoid repetition, not just in pairs of consecutive letters but also when there are other letters between them.

OC SUBBB cycles through three versions of each glyph to increase the illusion that they were manually drawn one at a time with a stencil rather than mechanically reproduced. Hence the name; SUB for the substitution code, and three Bs to show the result of automatically cycling through the alternates.

Okay it’s not exactly AI and it doesn’t always work for longer text, but I tapped out at three versions of each glyph as proof of concept. Given more time and patience to create more stylistic alternates (you can make up to twenty) there’s a lot of potential. Have a play with the type tester above or download the font to give it a try!

Get print and web files for OC SUBBB v1.2 and OC SUBBB 2, free for personal and commercial use. (3.7mb)

be reasonable demand the impossible 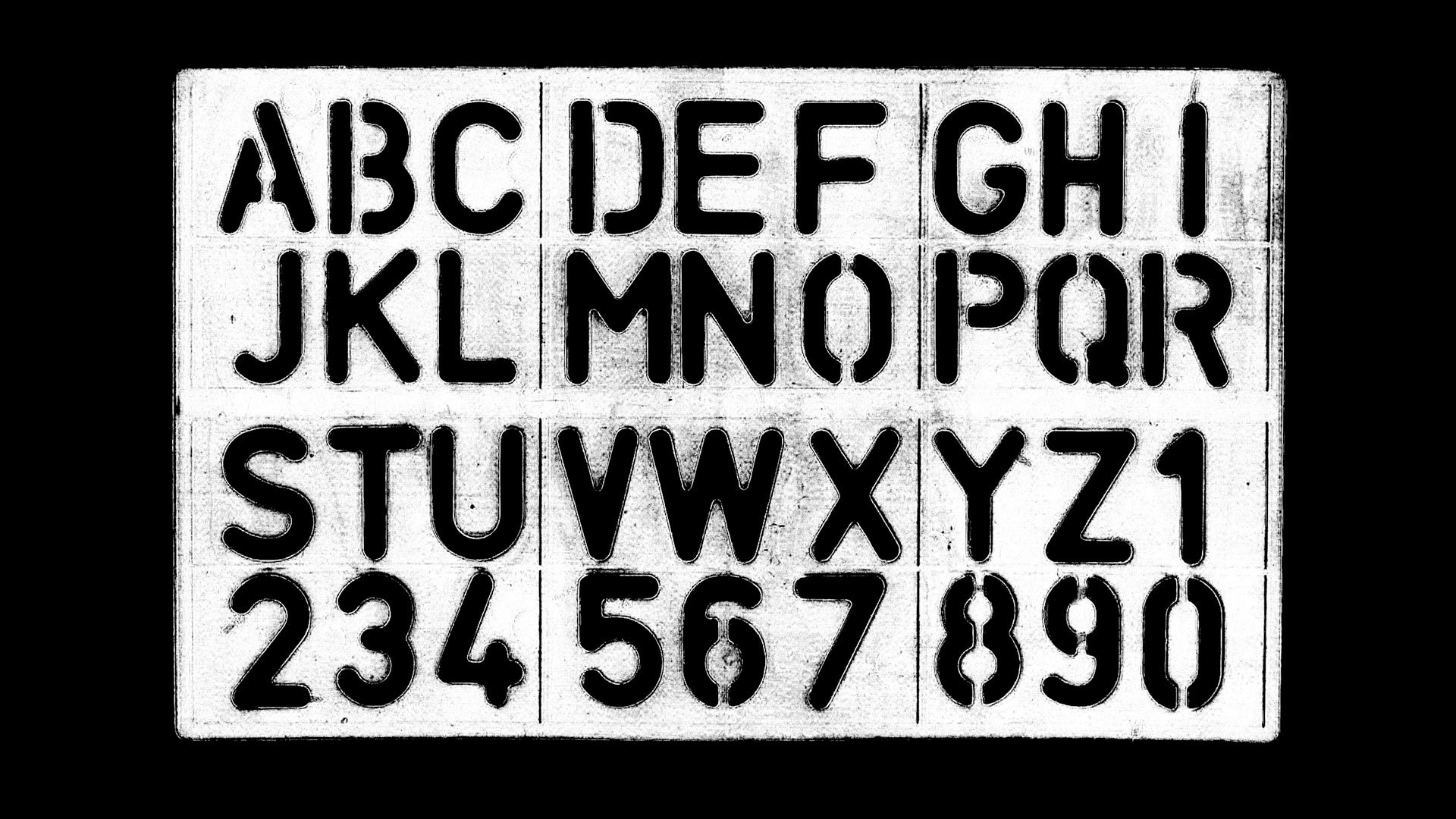 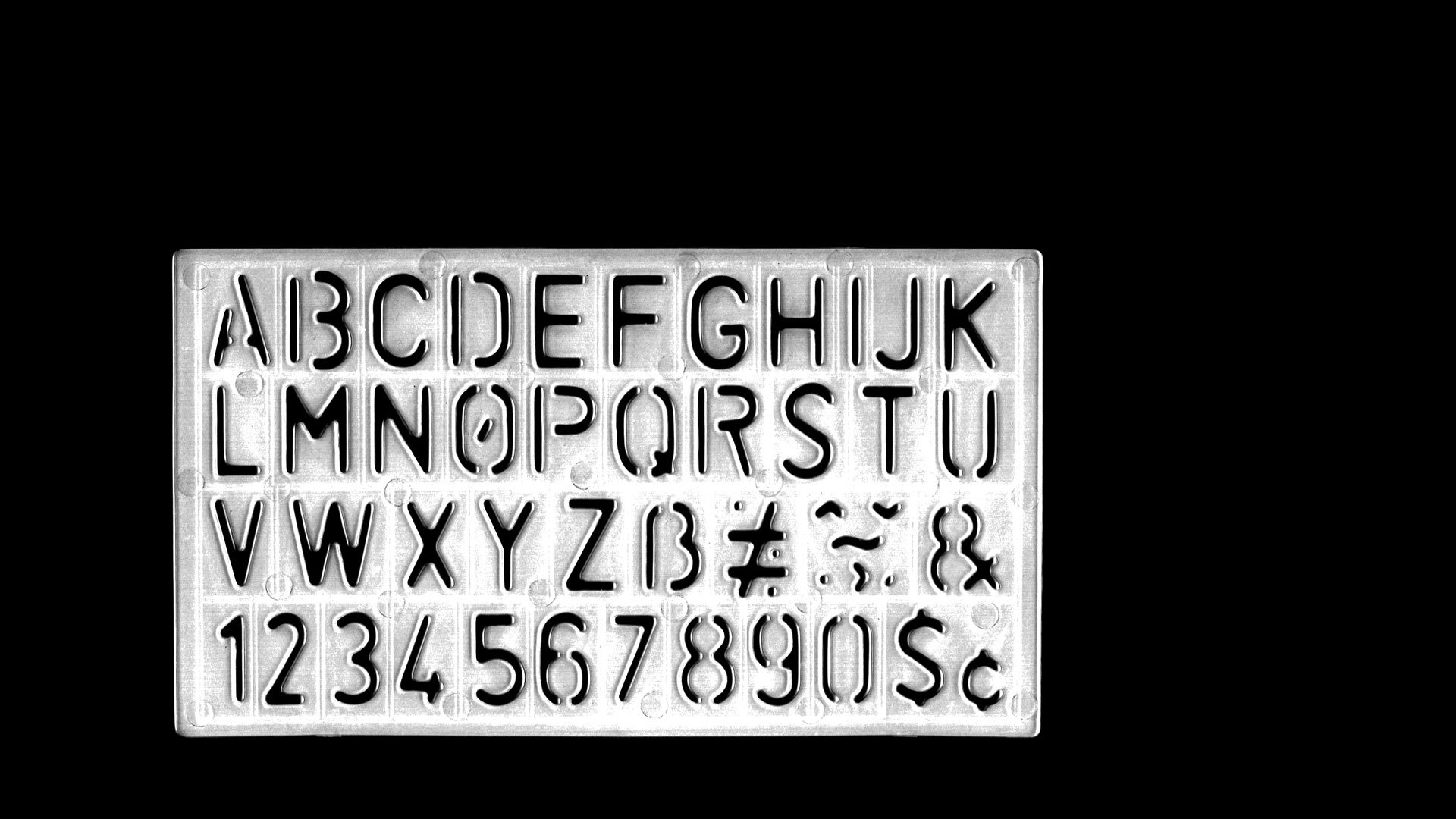 SUBBB is an uppercase only font with three versions of each letter and number that are automatically switched in and out as you type to avoid visual repetition.

The fonts consists of five line weights each with their own pen glyph for reference. The tip weights are: Ultra Fine / Fine / Medium / Felt & Bullet Tip

SUBBB stays as true as possible to the stencil it was made from which is limited to alphabet and numbers. Certain parts of the stencil have been used to create basic punctuation. A smaller stencil was used with the same pen size and scale for trademark, registered, and copyright symbols.

SUBBB 2 was drawn from a smaller stencil that includes basic accents and some symbols, so it supports some European languages and USD currency.

The initial idea was to use the stencil with different pens on paper, scan the paper and turn the letters into vectors... but the process was streamlined by using the stencil with a tablet to draw directly into the font software.

In 1976 Malcolm McLaren and Vivienne Westwood began stencilling the Situationist slogan “Be Reasonable Demand The Impossible” in black capitals across the front of plain white shirts, and “Only Anarchists Are Pretty” on the so-called ‘Anarchy’ shirt. One of the first ever examples they made was Jordan’s ‘Anarchist’ shirt made in 1975 which she wore in the first ever live TV performance by the Sex Pistols on So It Goes in 1976.