A variable redux of the OG dafont that was based on the Standard Alphabets for Highway Signs—AKA Highway Gothic. Free for personal and commercial use.

The Standard Alphabets for Highway Signs (AKA Highway Gothic) were developed a long time before computers and plotters would be used to design and fabricate signage. Characters would be enlarged to the desired letter height with enlarging processes such as shadowgraph, or by manual transfer, and printed with die stamp equipment and silk screen printing. Letters were spaced using spacing tables not the infinitely adjustable kerning we are used to now.

While the official Alphabets have been improved over decades—and various editions have seen them go from from inches, to millimeters, to PostScript and TrueType—it was the analog process that gave them the character that resonates in an overly precise digital world. There are many adaptations of the font available today, but one version in particular maintained this imperfect aesthetic with its inimitable spirit that we know and recognize to be Highway Gothic.

Originally made “for the fun of making fonts”, Ash Pikachu’s dafont has been in demand for over a decade. Sharing his same passion, OC Highway VAR builds on his design, takes notes from obsessive research about the original Alphabet Series (see Reference section), and evolves it to something new with variable font technology. The challenge while modernizing was to retain the font’s je ne sais quoi; to not succumb to logic, convention or over perfect, and maintain the undeniably American charm.

The full variable font for print and web, free for personal and commercial use. 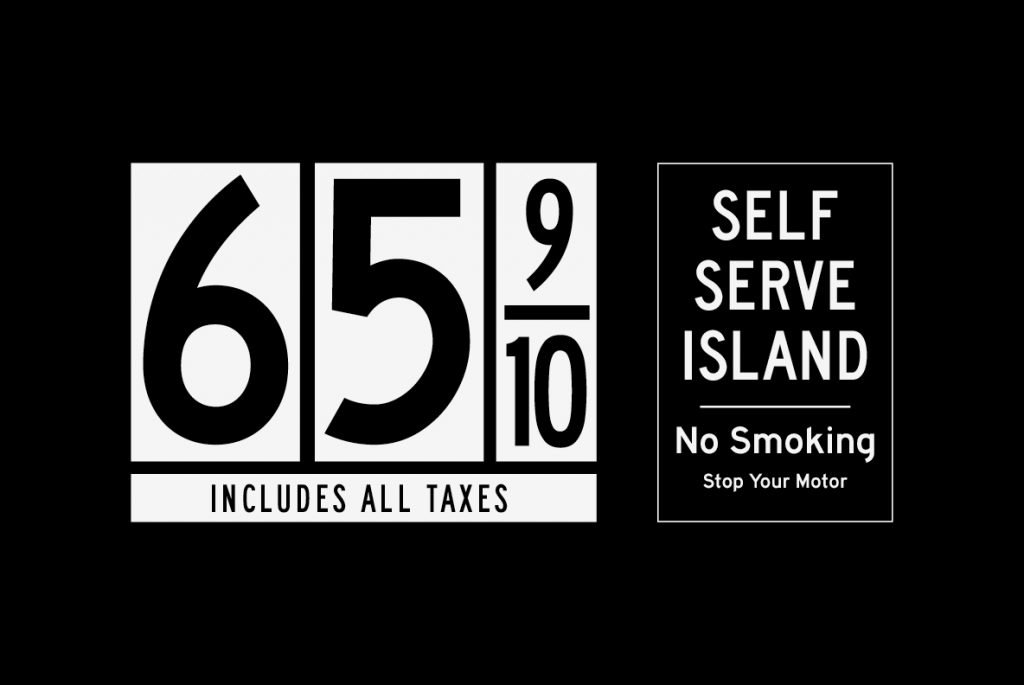 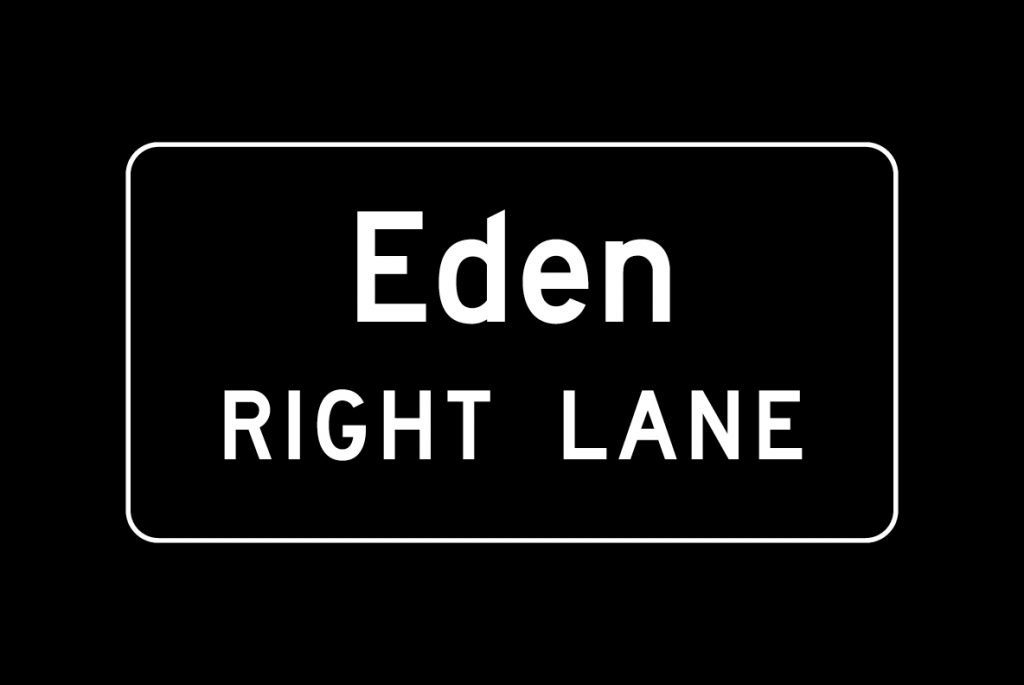 The family has been extended from the original 5 styles to 18 static styles including 4 entirely new widths and full set of obliques. Styles are now a Number Series to both reference and simplify the original naming convention. Width and Oblique axes can be adjusted seamlessly for total control with the variable font. 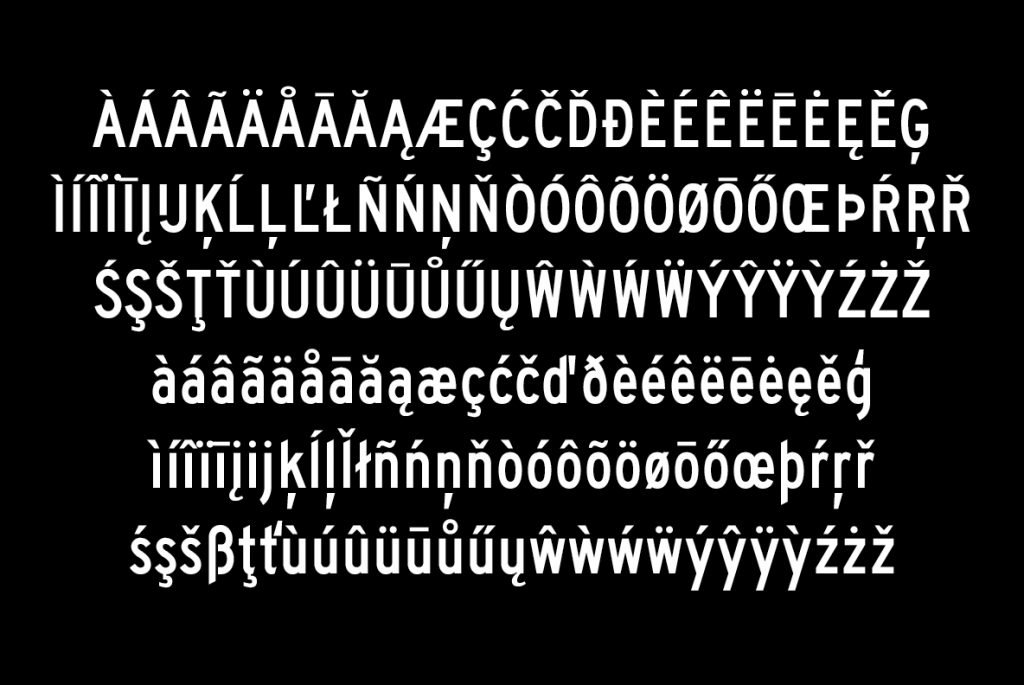 Play around, see what you think!

Seven stylistic sets provide a mix of the original Ash Pikachu font, glyphs introduced in 2000 and some custom updates. Kerning has been improved across all styles.

The new design interpolates between three master widths. Interpolating between two extremes would lose the recognizable style of characters such as the Series D "S". All paths and metrics have been improved. 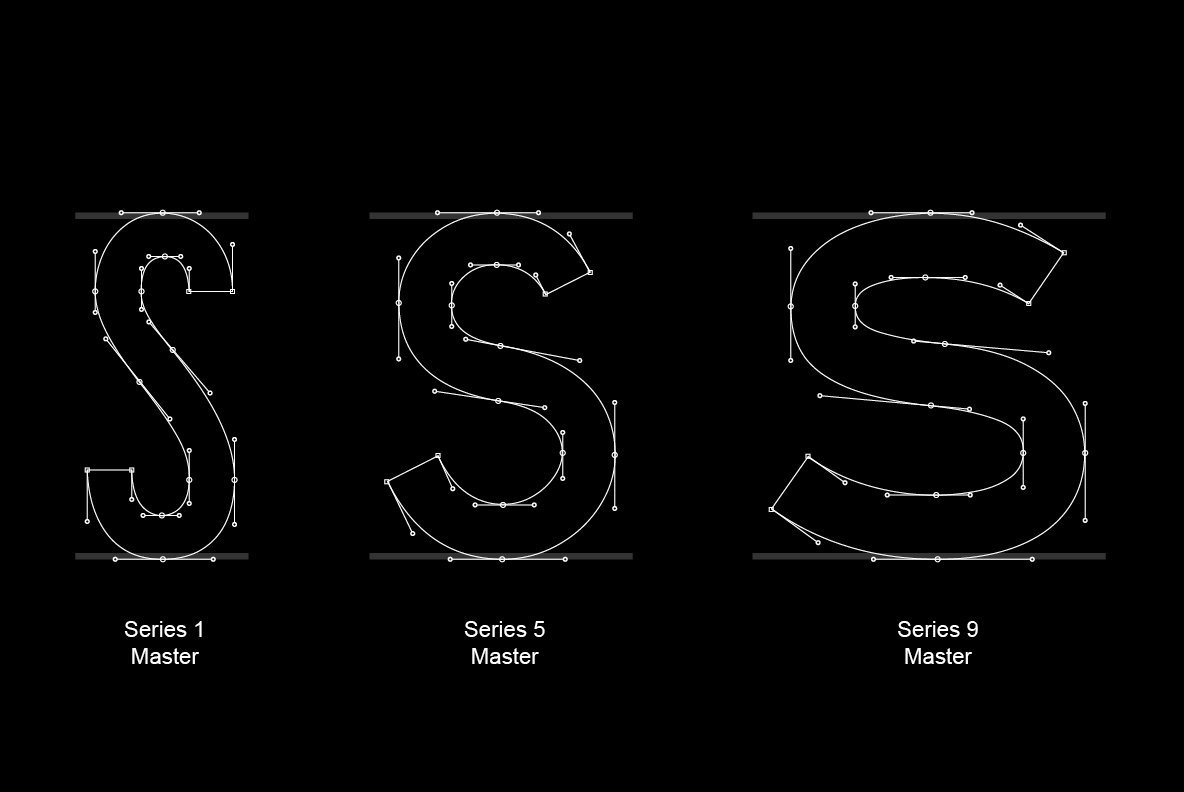 Series B and C from the original Alphabet Series both have horizontal terminals. Due to interpolation each style of the Numbers Series has progressively more angled terminals starting from the horizontal of Series 1.

1945–1952
The Standard Alphabets for Highway Signs were designed by the U.S. Public Roads Administration (which later became FHWA) and first adopted in the USA between the late 1940s and early 1950s. They replaced the original nationally standardized “Joint Board” alphabets for highway signs that were published ca.1926 . “The new “rounded” style has a more pleasing appearance than the old, and extensive tests have shown it to be consistently more legible.”

These new alphabets were an upper case series with six styles, called Letter Series A through F. The letter forms of each letter series become progressively wider for a given letter height. In addition, the width of the letter stroke, i.e., thickness, also increases with each series. Letter Series A is a narrow stroked extra condensed letter form, and Series F is an expanded letter form with wide stroke.

In 1966, the Federal Highway Administration reprinted the Standard Alphabets in an edition of upper case series B, C, D, E, and F. The Series A alphabet had been deemed “no longer acceptable for use in highway signs” due to poor legibility at high speeds so it was removed from this publication.


Where the previous edition included complex tables of dimensions, the 1966 Alphabets were printed in exact detail for two-inch letter height and placed on 1/4 inch grids to facilitate the enlarging process. A Standard lowercase Alphabet was included in this edition and approved for directional signs on the National System of Interstate and Defense Highways. All names of places and highways on guide signs were to be set in lowercase with initial capitals. These were designed to be used with the capitals and numerals from Series E but with the stroke width widened to approximately one-fifth of the letter height.

Previous
Next
1977
In 1977 a metric edition showing the characters in exact detail for 50 millimetre letter height, placed on 5 millimeter grids was introduced to facilitate a more precise enlarging process. The metric characters have the same width, spacings, and stroke widths as the characters shown in the 1966 edition but the heights have been reduced by about 1.6 percent.

This edition included Series E(Modified) which uses the same letter forms and spacing as Series E, but has a wider stroke to be used with the lowercase that was introduced in 1966. This edition included design standards for alphabets, numerals and symbols to be placed on roadway pavements. (When we say symbols don’t think ampersand and dollar signs – these were bicycles and arrows “in an elongated form for proper viewing on a horizontal surface from the position of a vehicle operator”. Typographical symbols weren’t introduced until the next millennium.)
Previous
Next
2000
In the year 2000 a new specification for using the alphabets made them adaptable current software industry specifications for TrueType and PostScript format fonts. Every character was positioned within a bounding box and assigned a fixed value.

This edition included lowercase letters for all alphabet series and “every effort was made to maintain the same properties of the existing 1966 and 1977 Standard Alphabets”. A uniform stroke width was adopted for all letters and numerals with slight changes were made where necessary to ensure consistency of stroke weight and optical balance from letter to letter. This edition also introduced basic punctuation, and basic typographical symbols for all series (&!”#$¢/*.,:()-@=+?).
Previous
Next