Instinct, Rebellion, Music, and Play; A Study of Spontaneity in Type Design

Inspired by children's books, punk zines, and jazz, the Format series explores the potential of variable fonts and the relationship between logic and instinct.

By its nature type design is a painstakingly precise process, a labor of love that requires highly skilled craftsmanship, and tireless attention to detail. An art form with the primary function of communication it is rightly steeped in rules and theory.

So how do you let go of established parameters in order to have a more spontaneous and unpredictable process? And how can variable type be used to enhance the results?

*"A new typeface has to look like all the others—after all an “a” has to look like an “a”—but it has to have something more... The flow of the letters is important: they have to be modest in each other’s company so we can read line after line of them. The space inside and between letters is as important as the strokes of the letters themselves, and the shape of one letter affects the shape of all the others. Seemingly minor attributes can affect the personality [legibility and originality] of the typeface as a whole."

—Erik Spiekermann,
The Anatomy of Type

Format Sans* Bd was used as the foundation for these three explorations of replacing logic with instinct. Each glyph was adjusted quickly, instinctively and in isolation from the others, disregarding the relationships between letters in favor of serendipitous results that transcend the awareness and conscious control of the author.

The use of multiple axes and seamless interpolation gives as much control to the designer as possible and allows them to decide how readable they want the text to be.** This flexibility combined with the countless combinations of glyphs in words (and double letter ligatures) mean that the result of any typesetting has as little visible logic in it as possible.*

Although from the same root, the three resulting fonts are equally unique, playful, energetic, and musical, adding sound to the tunes that other people write.

*-OC Format Sans started as a bespoke font design for the mid-century inspired reference manual Analogue Photography. Drawing from the timeless elegance of Futura and the functional typesetting of Akzidenz Grotesk it fuses the aesthetic foundation of a geometric sans with the proportions and rhythm of a neo-grotesque.

**The results can tested live on the dedicated pages for Format Collage and Format Stencil.

-OC Format Stencil is a variable font with three axes: Offset to adjust a glyph’s position relative to the baseline, Jumble to alter the angle of each piece of a glyph relative to the others, and Split to vertically pull apart the pieces of a glyph. Adjusting each axis and the three combined in a Mix allows type to transition seamlessly from functional cutout to an exploded, expressive and musical design. 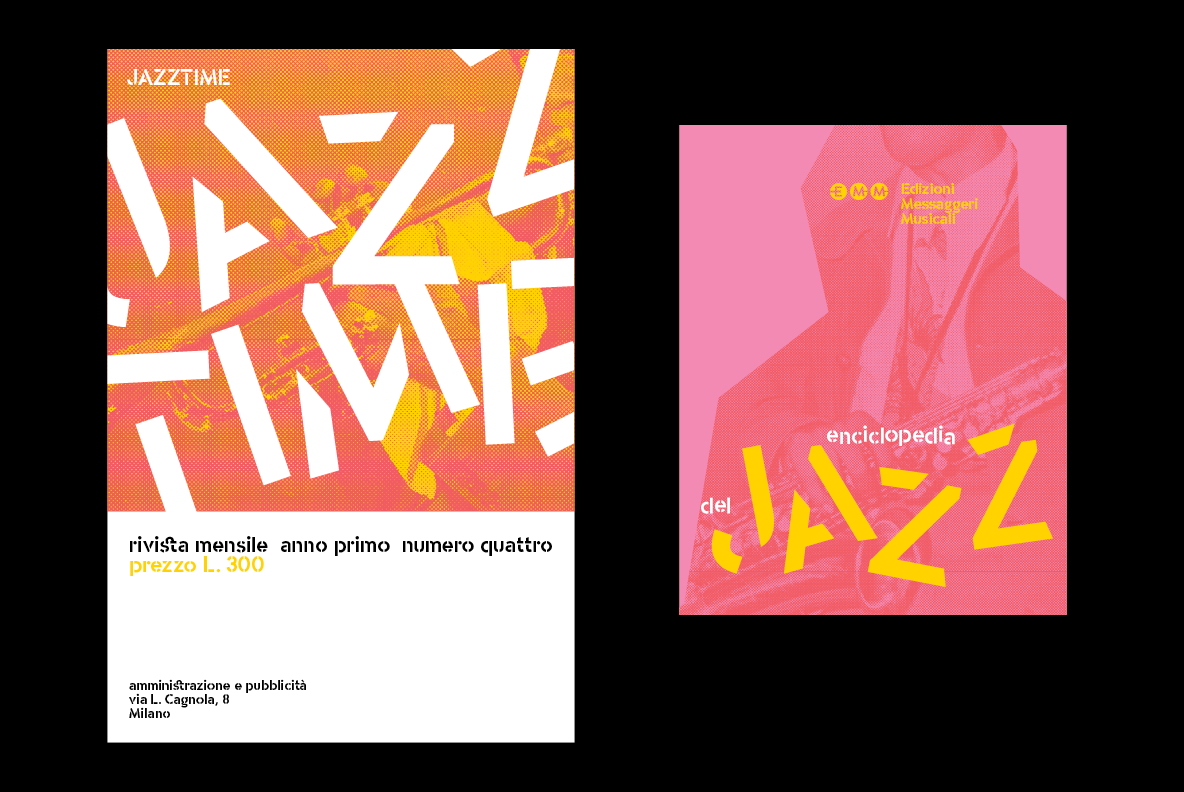 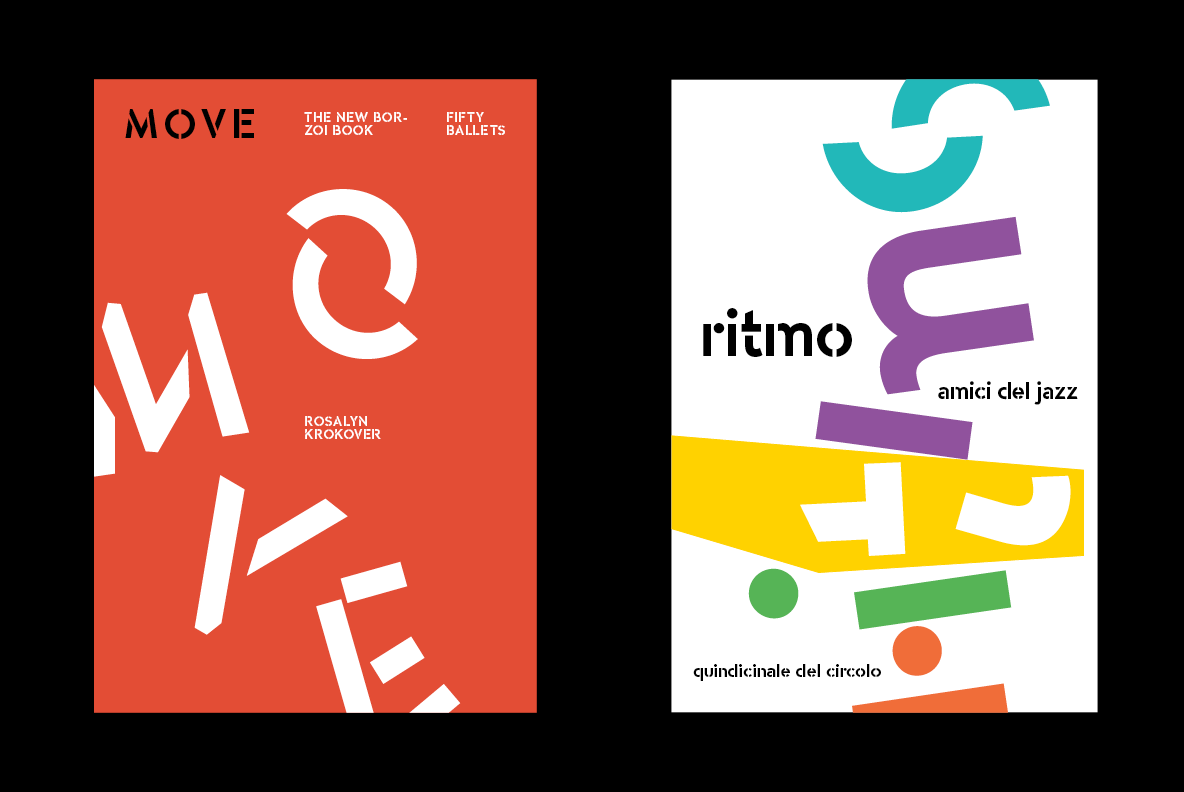 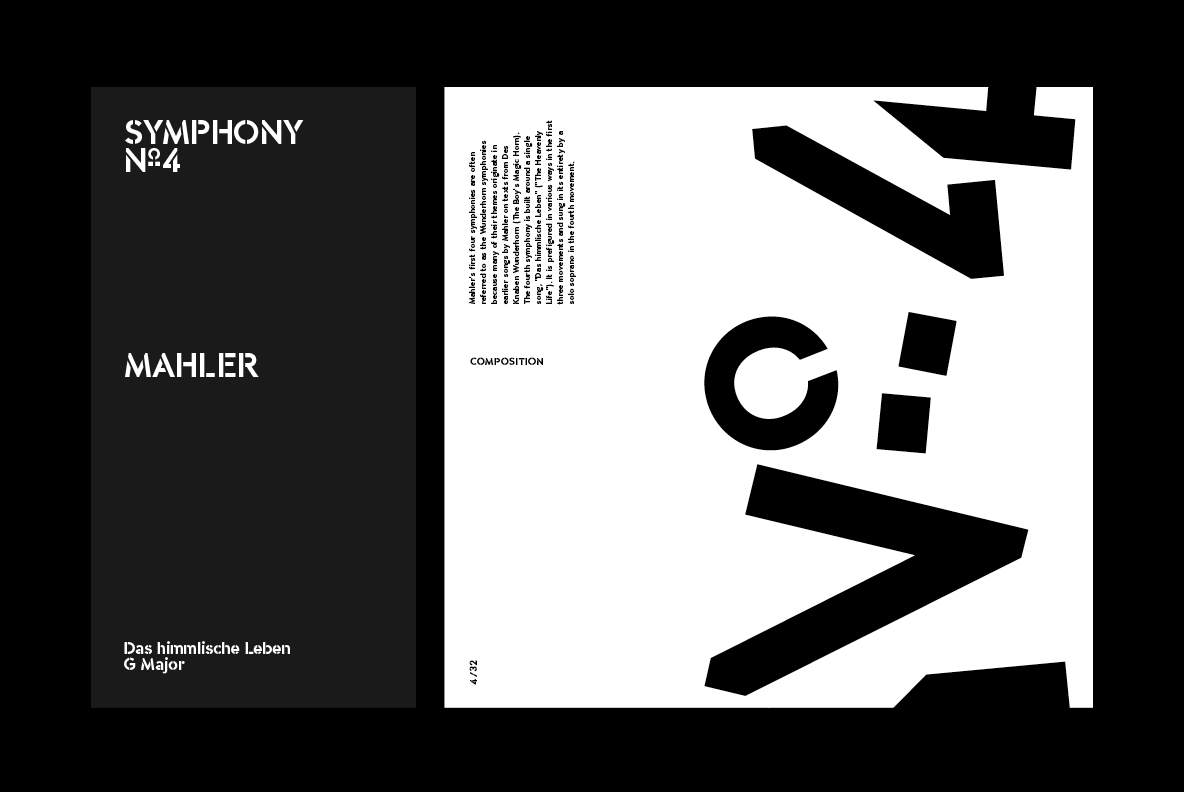 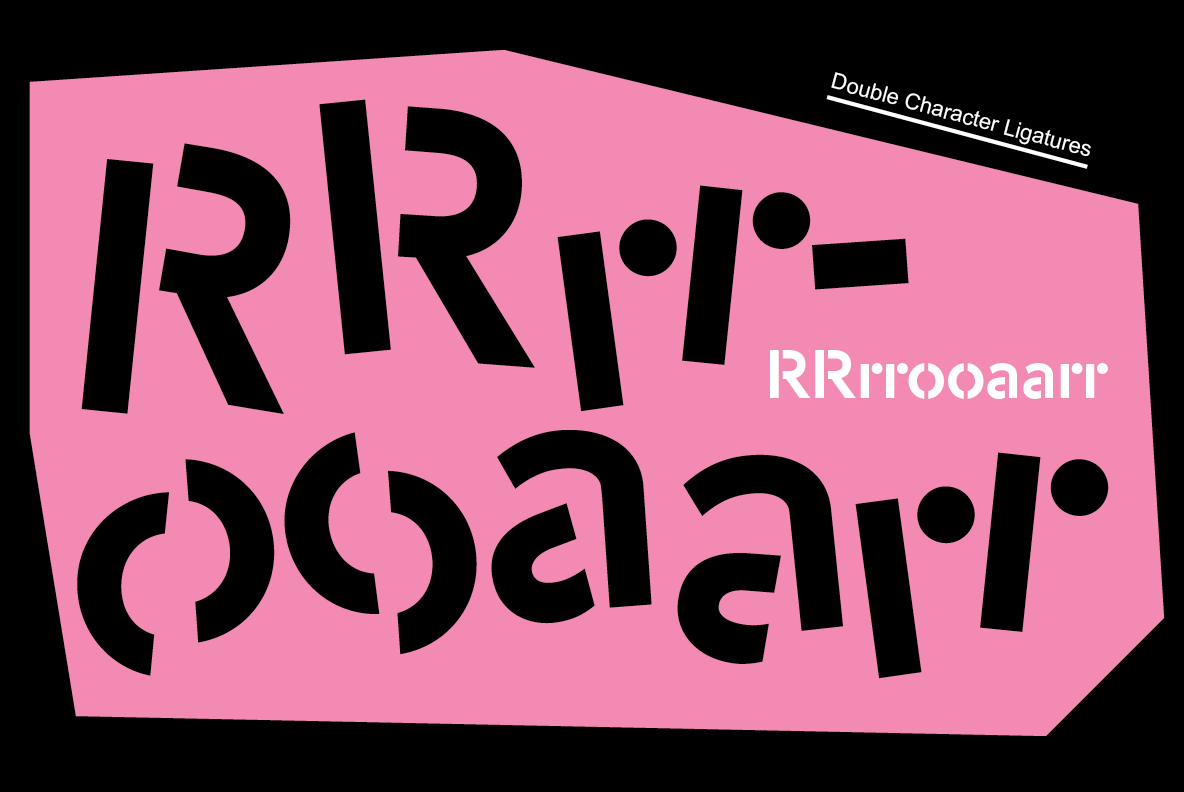 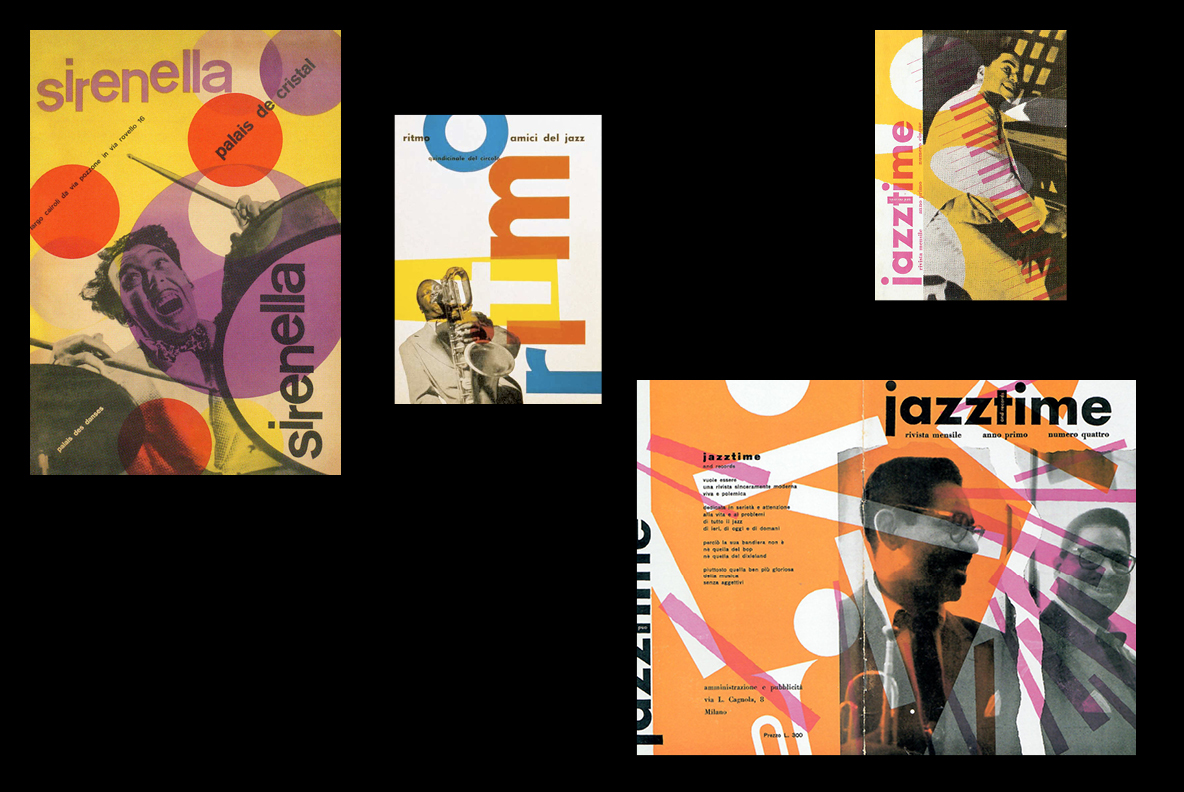 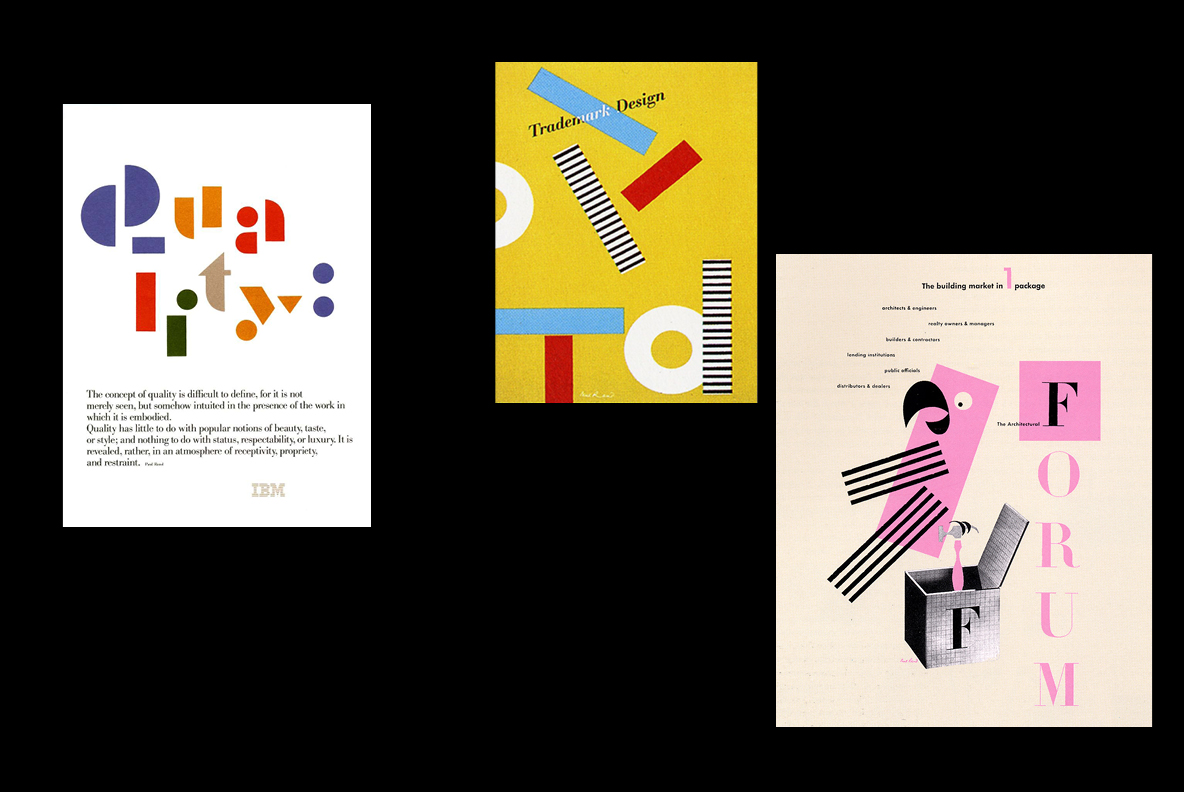 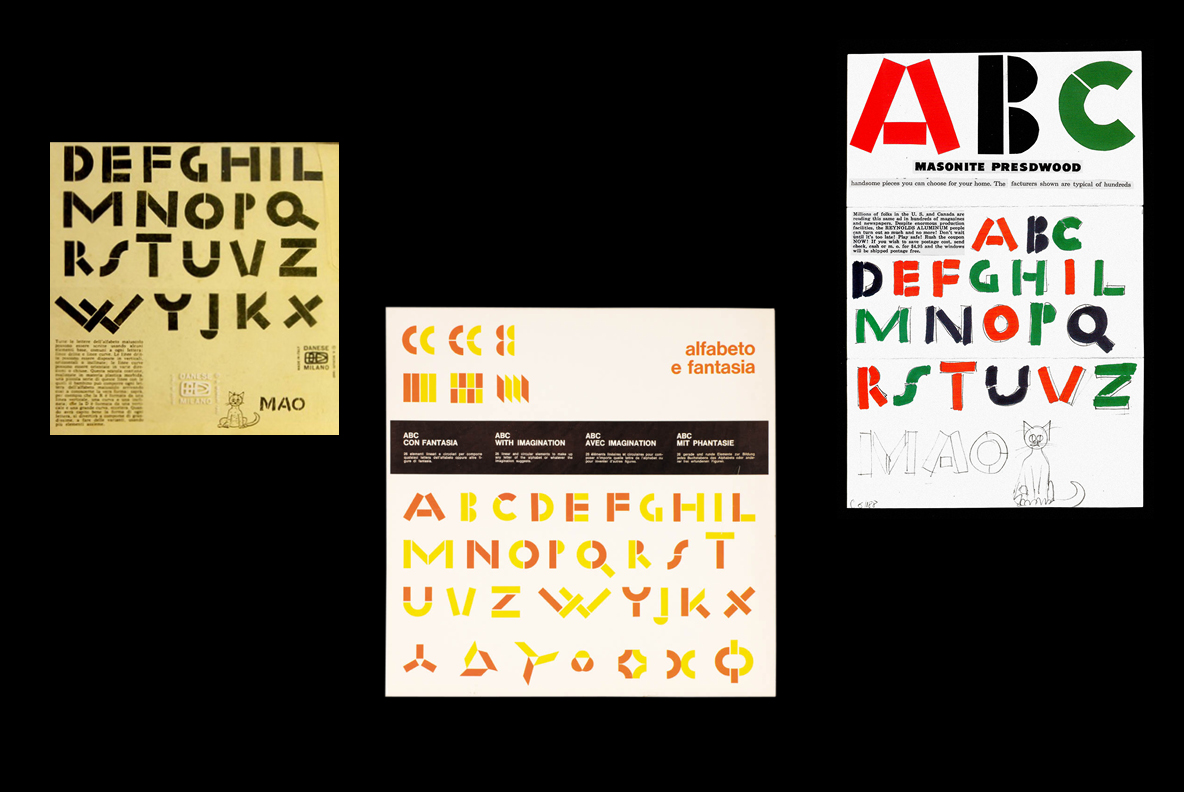 -OC Format Collage is a variable font inspired by the cut and paste techniques of the illustrators Eric Carle (The Very Hungry Caterpillar) and Lois Ehlert (Chicka Chicka Boom Boom). It employs 3 axes; Cutout to turn the sans serif glyphs into freehand cut paper designs, Jumble to alter the angle of each glyph and Scatter to change each glyph’s vertical position relative to the baseline. Used in any combination these axes allow type to seamlessly transitions from functional geometry to a more playful and hand rendered design. 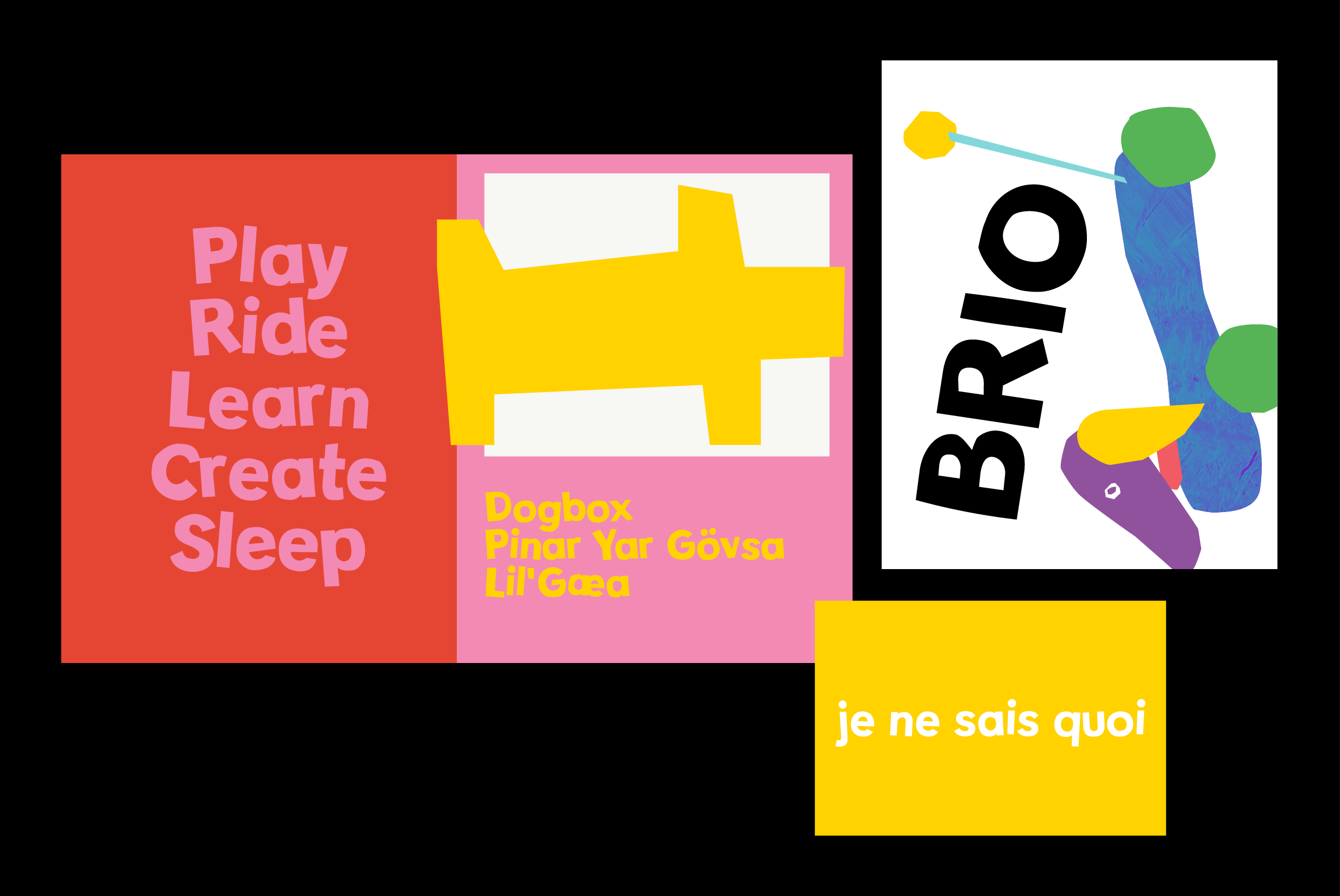 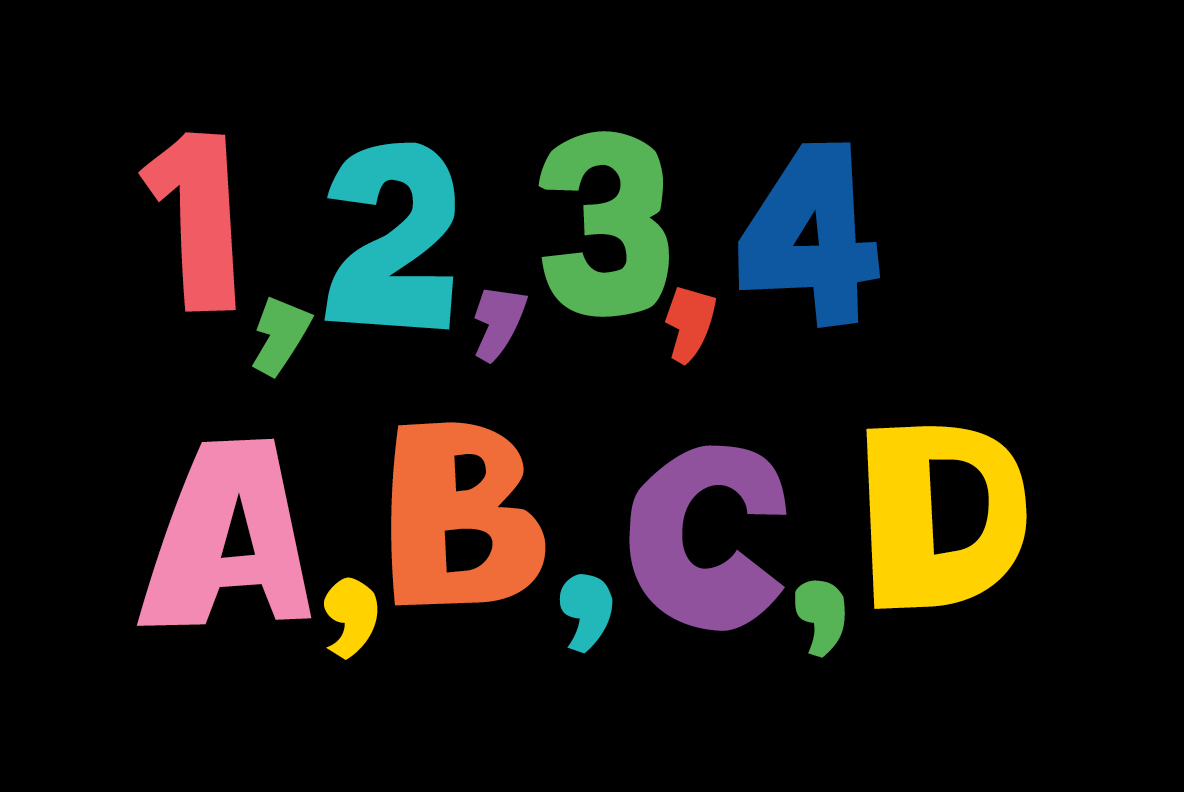 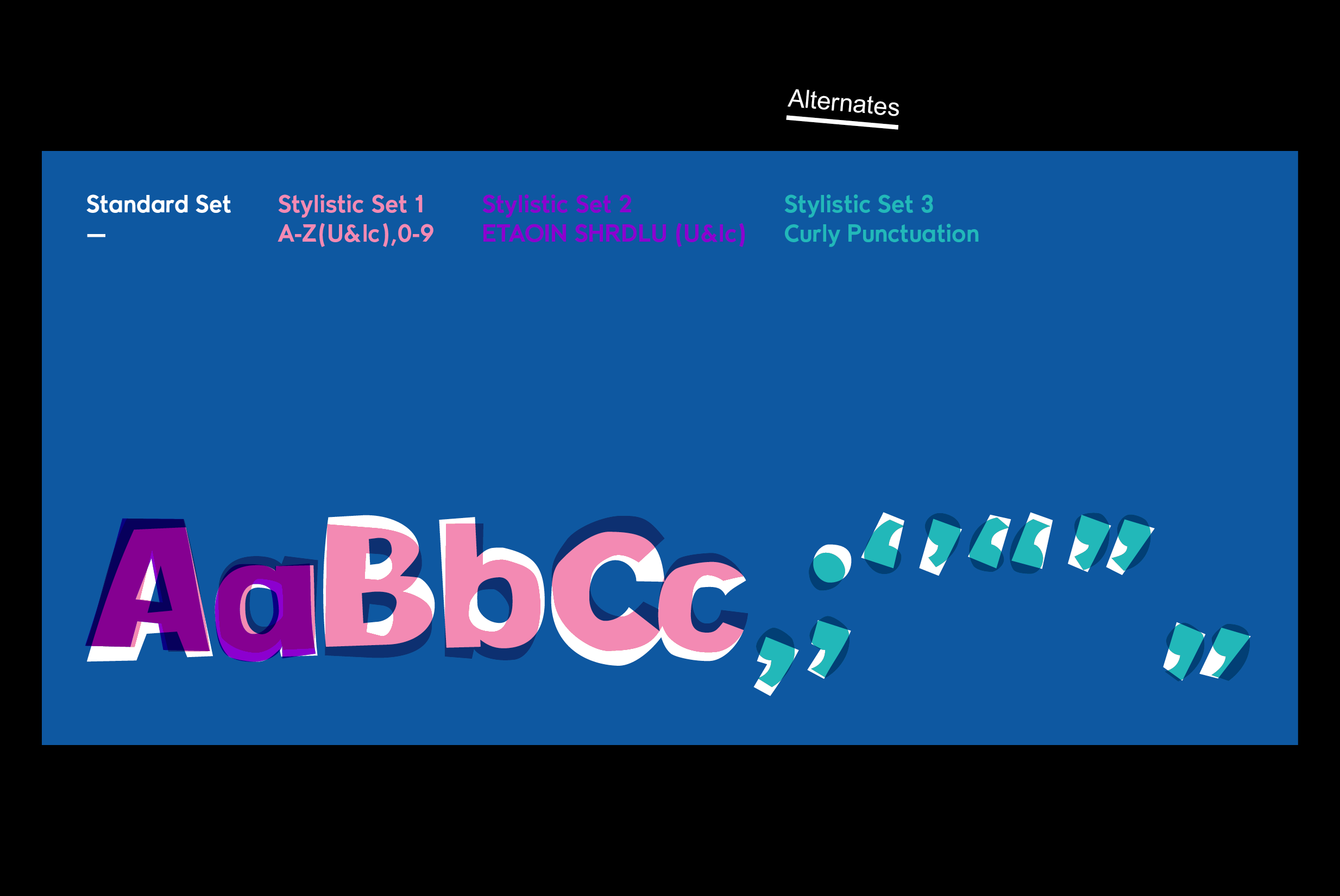 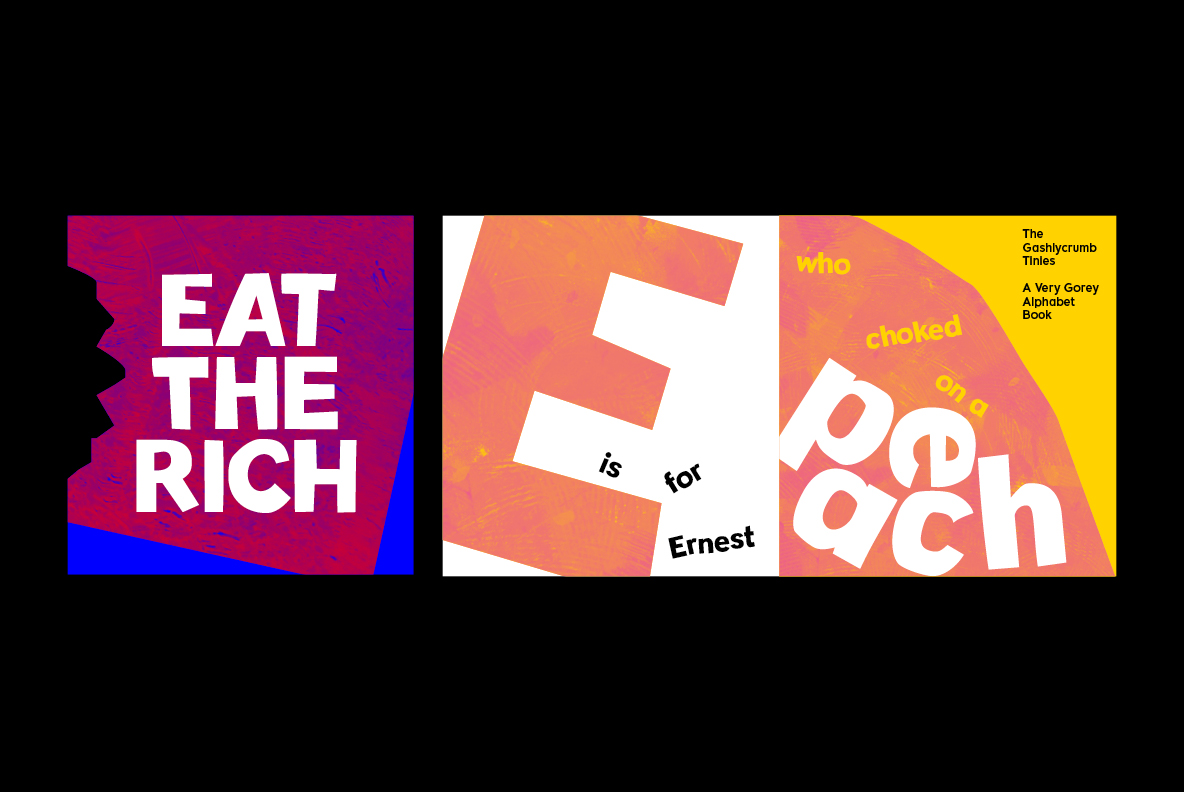 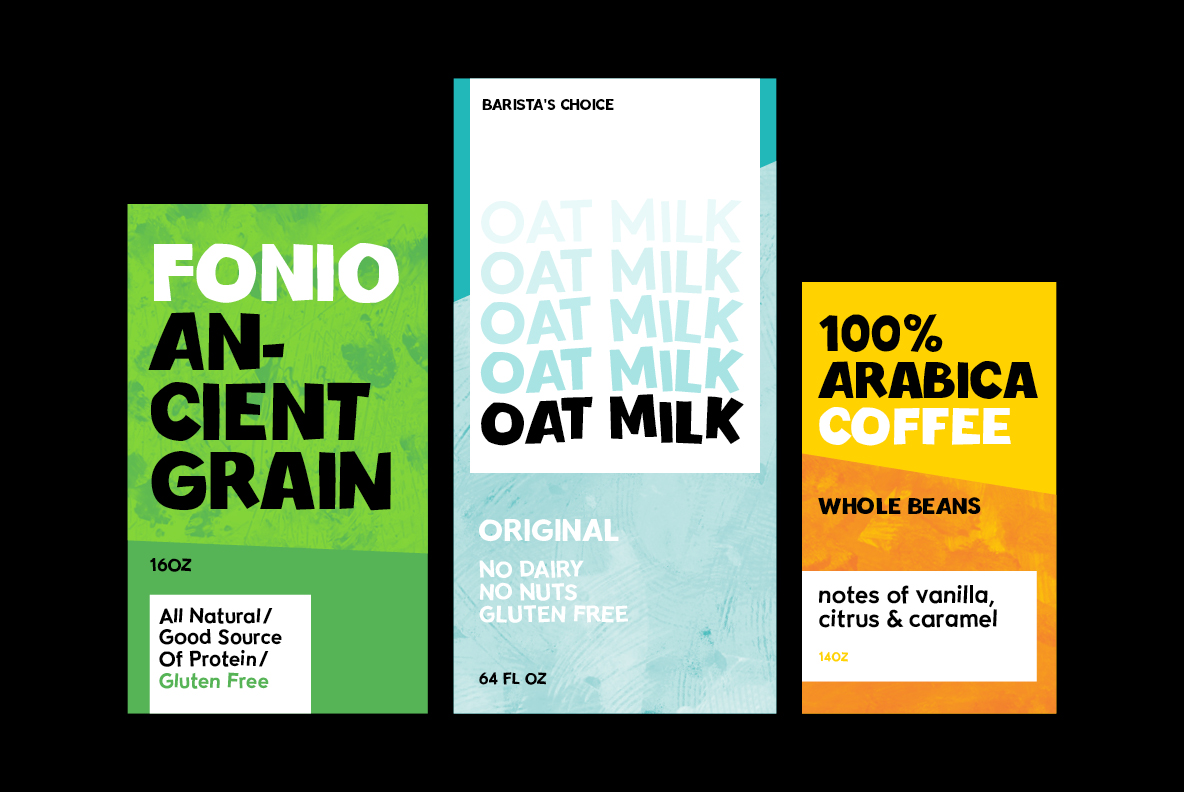 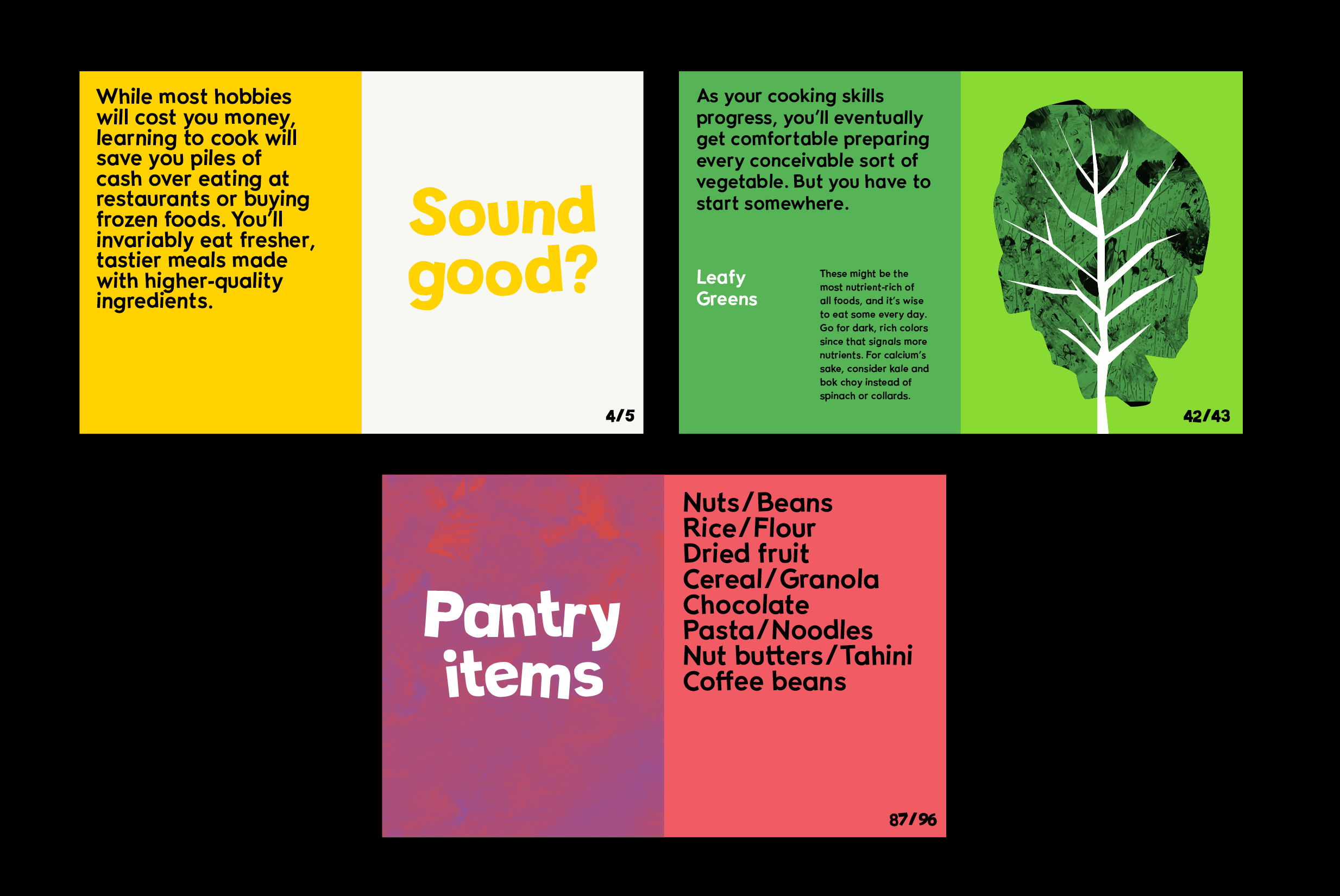 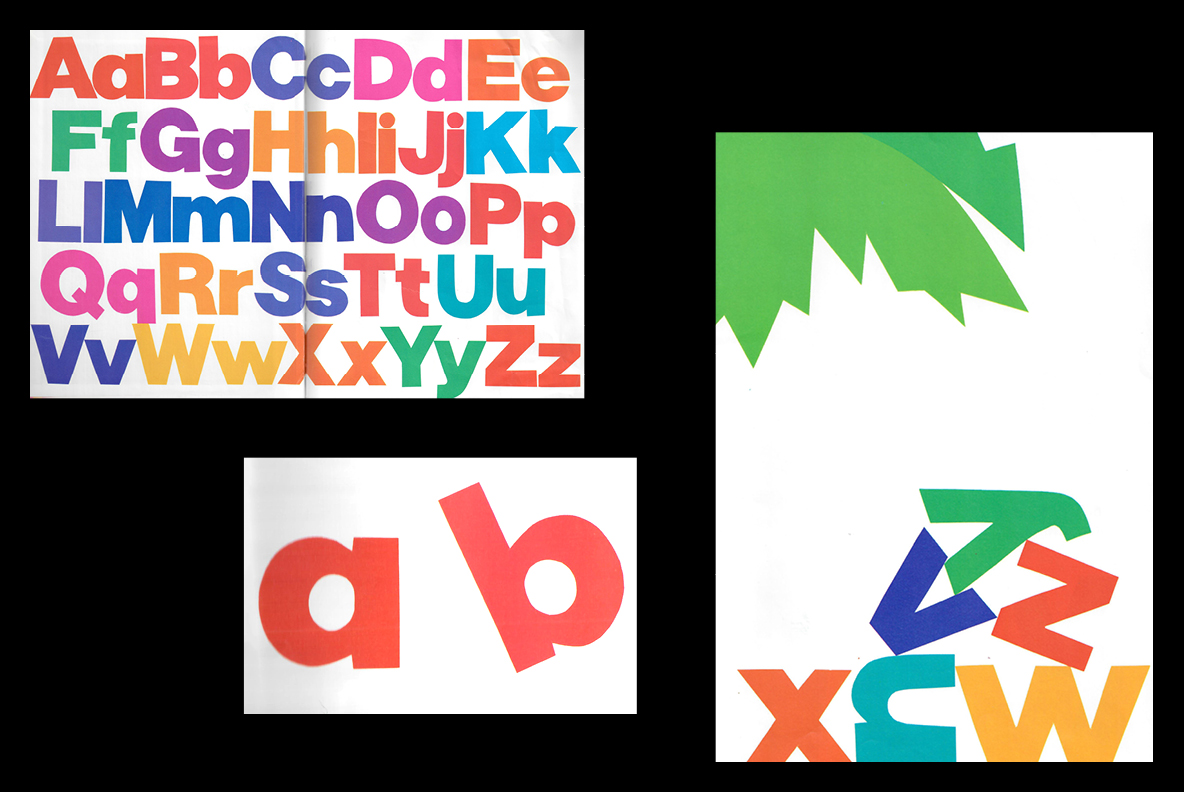 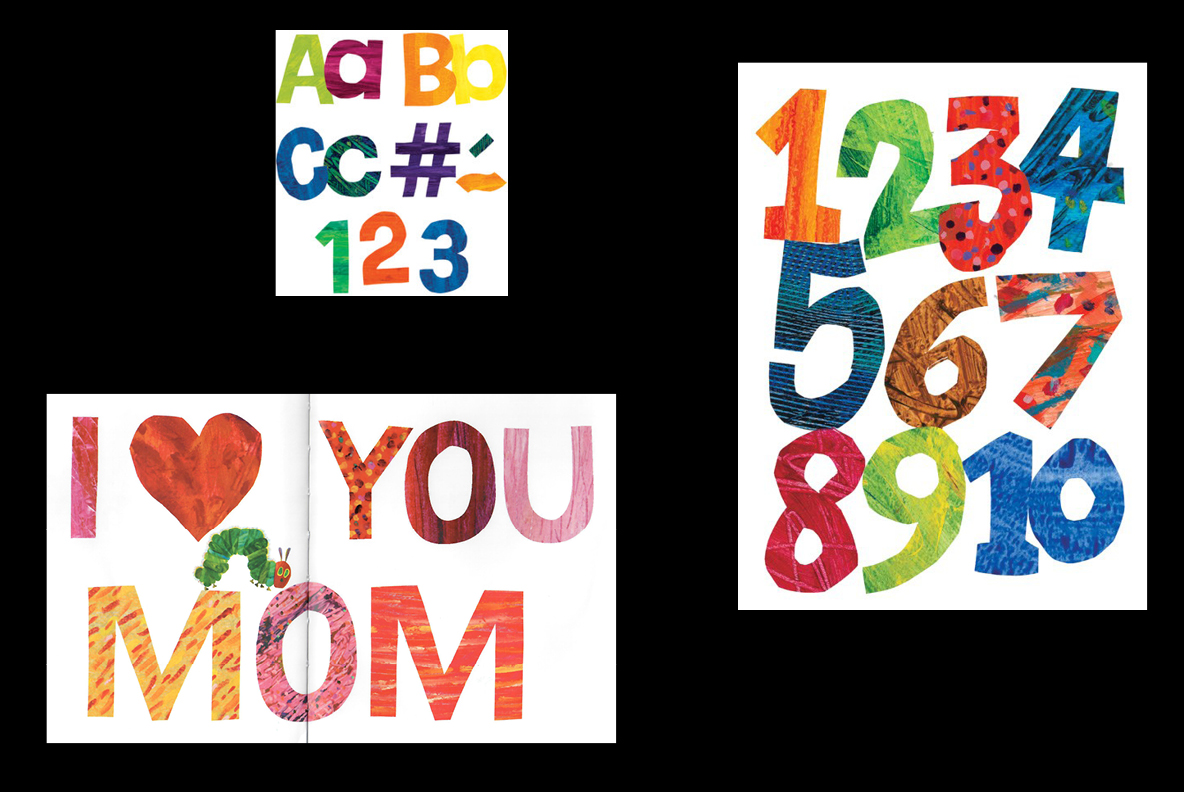 Each glyph of -OC Format Shards was cut as quickly and with as little conscious consideration as possible with the only logic of slices being made from bottom left to top right. 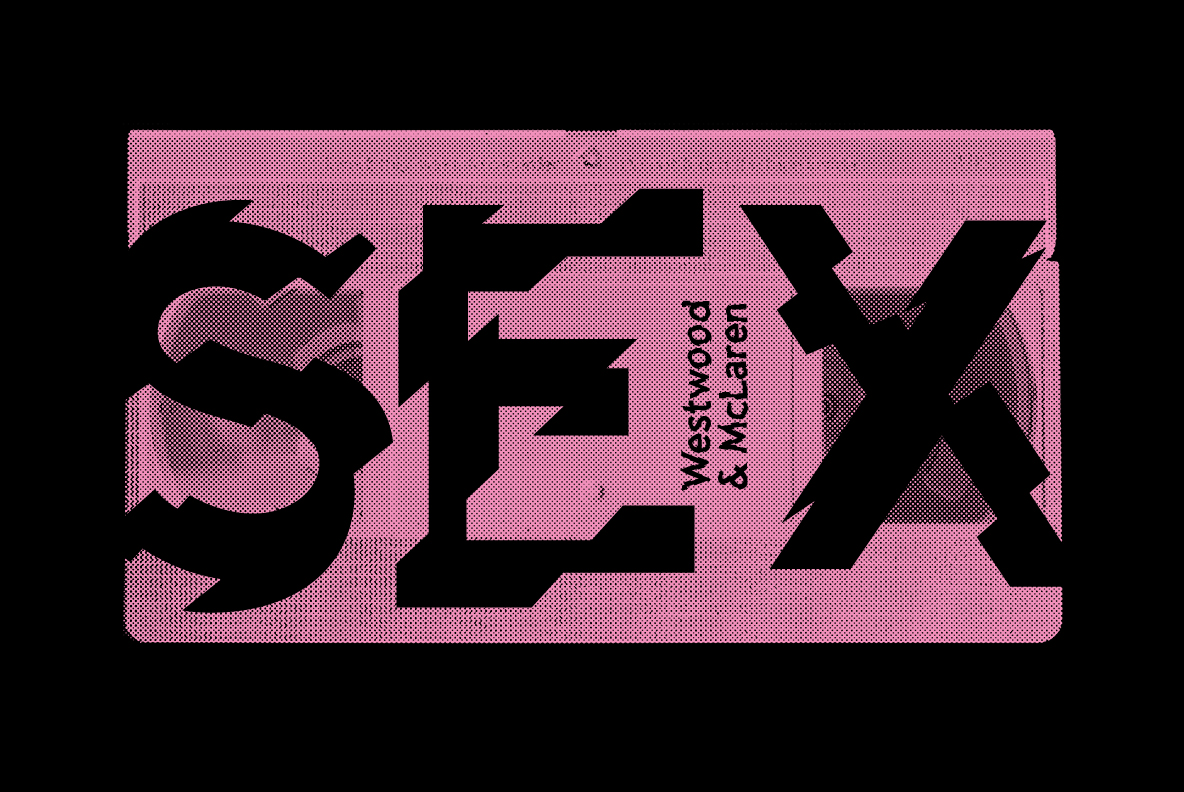 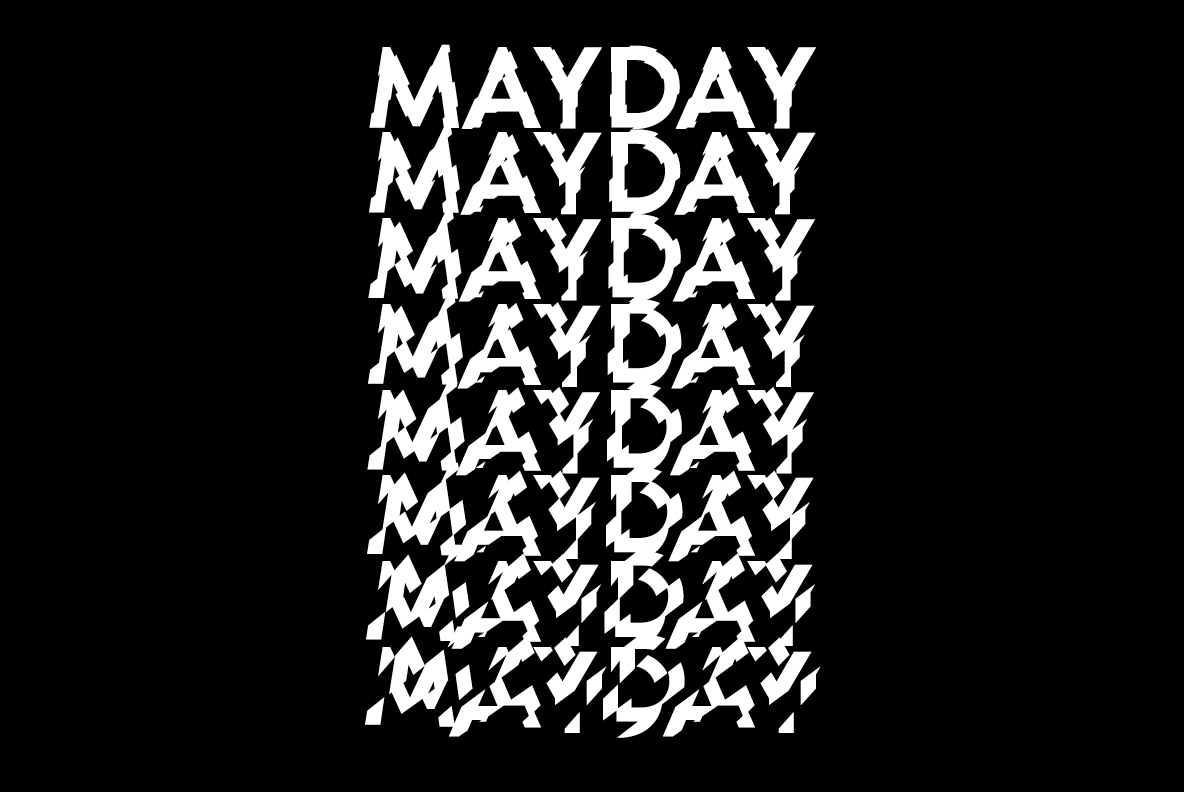 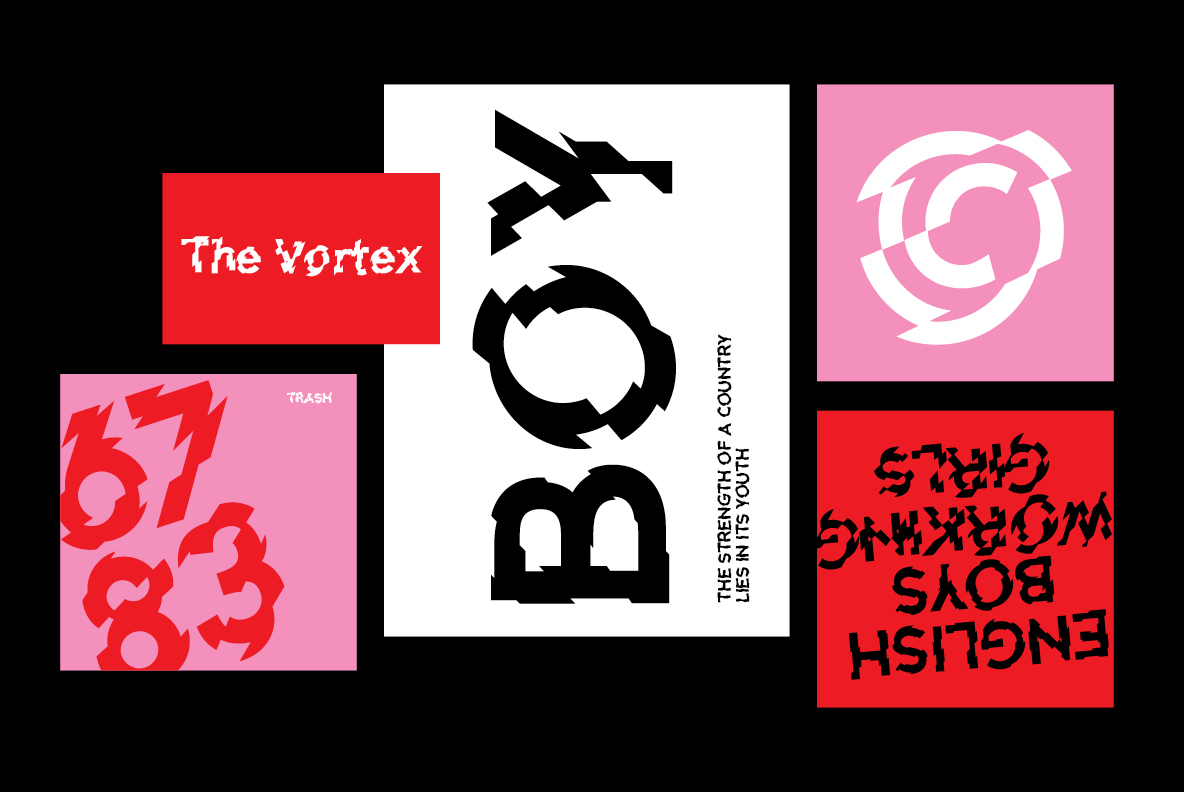 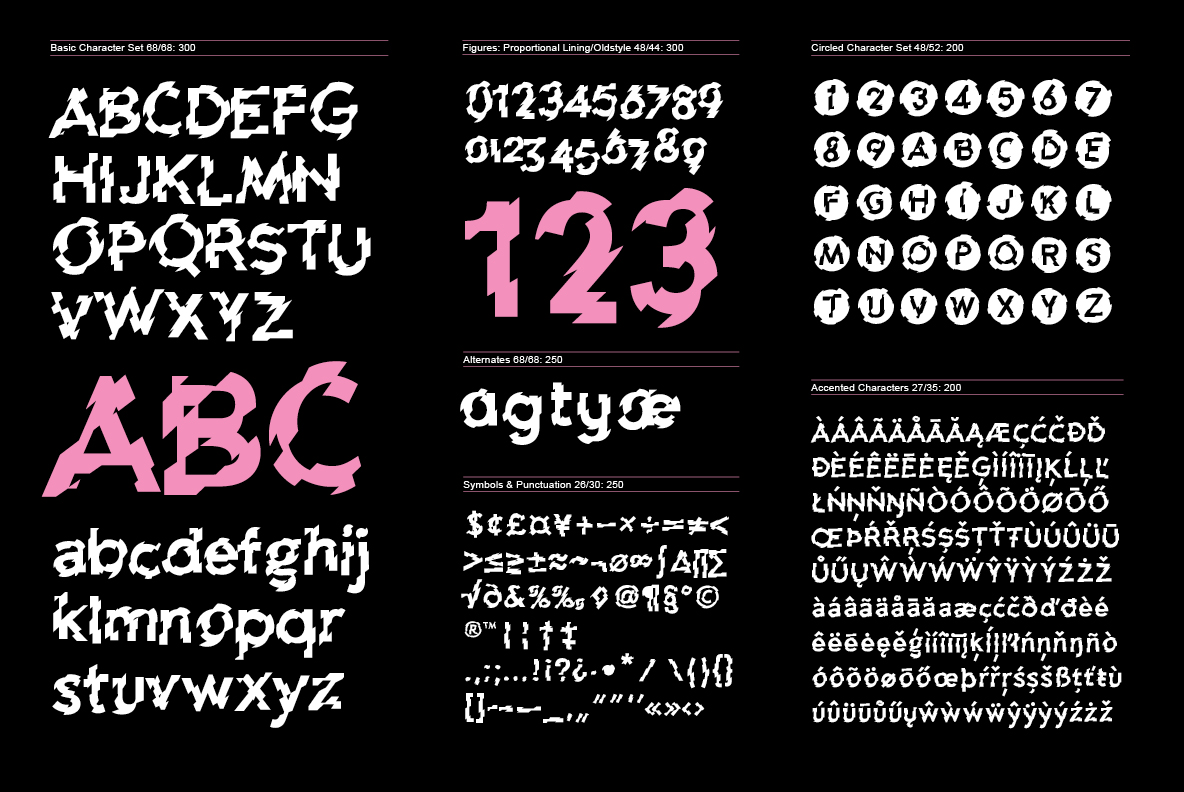 Inspiration was taken from the classic experimental font Shatter designed by Vic Carless in 1973 which was used widely in Punk graphics of the late 1970s.

In contrast to the consistently parallel angles used to distort Shatter, the characters of -OC Format Shards have been sliced instinctively, quickly and freehand giving them and resulting text a less mechanical and more visceral appearance. 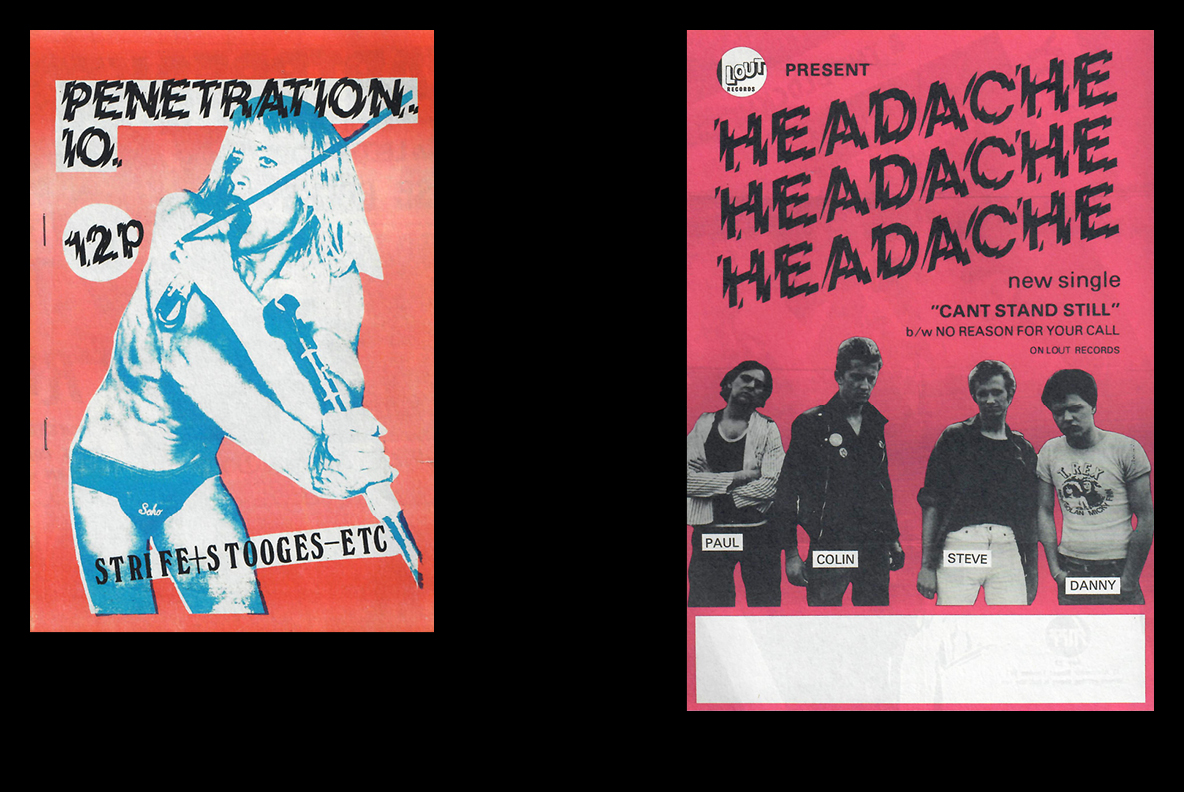 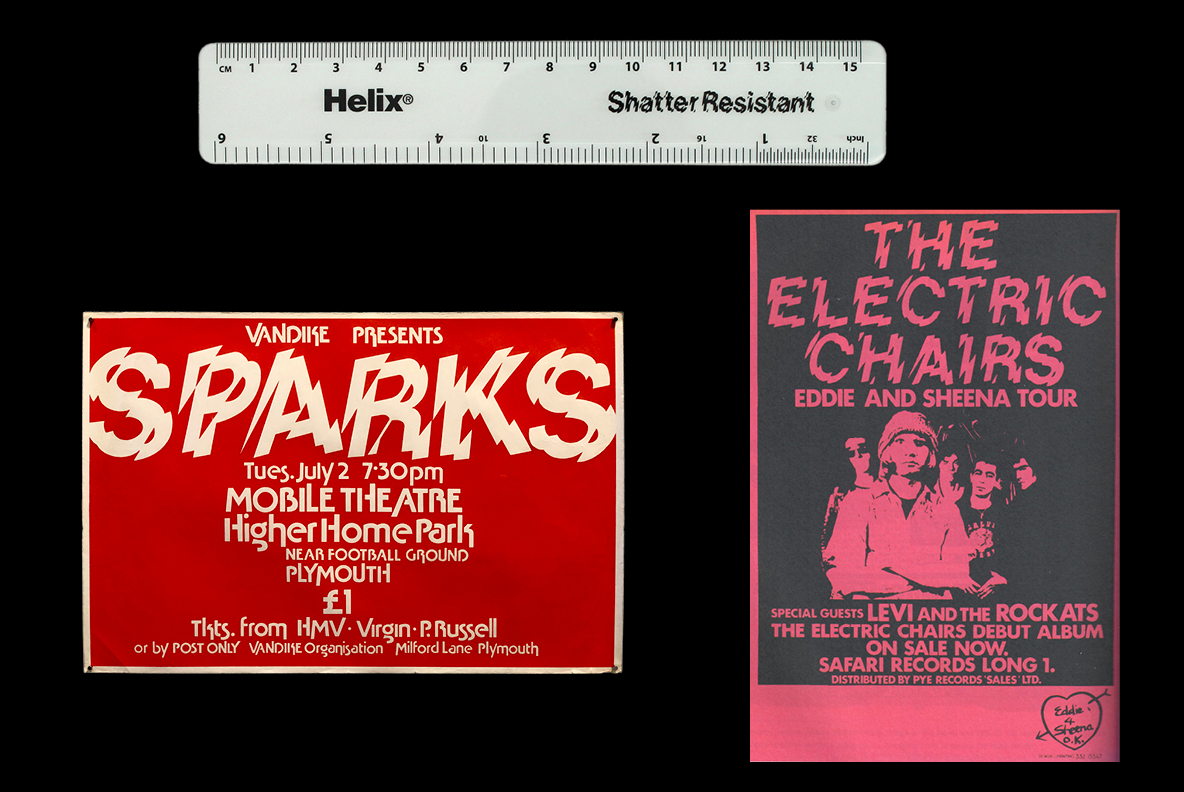 Max Huber (1919–1992) was an influential Swiss graphic designer who met with both Werner Bischof and Josef Müller-Brockmann in his formative years. His career began in the orbit of Max Bill  before he relocated to Milan to work at the Studio Boggeri. A keen jazz fan he is known for a series of stunning records covers and music magazines as well as corporate work for clients such as Olivetti and 3M. His dynamic approach to type and bold use of colour ensured that the values of the Central European Modernism of the inter-war years were still current at the end of his life in 1992.

Paul Rand (1914–1996) was an American art director and graphic designer, best known for his corporate logo designs, including the logos for IBM, UPS, ABC, and NeXT. He was one of the first American commercial artists to embrace and practice the Swiss Style of graphic design.

Bruno Munari (1907–1998 in Milan) was an Italian artist, designer, and inventor who contributed fundamentals to many fields of visual arts.

Eric Carle (born 1929) is an American designer, illustrator, and writer of children’s books. He is most noted for The Very Hungry Caterpillar. Carle’s style is distinctive and instantly recognizable. His artwork is created in collage technique, using hand-painted papers, which he cuts and layers to form bright and colourful images.

Lois Ehlert (born 1934) is an author and illustrator of children’s books. Her work is recognizable for the collage technique. One of her most celebrated books Chicka Chicka Boom Boom is dominated by type, featuring anthropomorphized letters of the alphabet cut from paper—lowercase for children uppercase for adults.

Erik Spiekermann (born 1947) is an internationally renowned German typographer, designer and writer. He is founder of MetaDesign and has designed many commercial and corporate typefaces. Spiekermann co-authored Stop Stealing Sheep & Find Out How Type Works and The Anatomy of Type.